KS Sportsmen's Heritage Festival
How did we come to be?​


​Krotz Springs is a small rural community located at the eastern boarder of St. Landry Parish on the west bank of the Atchafalaya River. The town’s population is about 800, but if the areas north, south, east, and west of town are added in, approximately 3,500 call Krotz Springs home.

The town was founded by an oil prospector, Mr. C.W. Krotz of Illinois, who purchased a large tract of land in Louisiana, “sight unseen" around 1900. Mr. Krotz and his family moved to the area and he began to prospect for oil and do a little lumbering - his other business. He was planning to strike it rich – oil rich – but found there was no oil, only water. The drillers had drilled into an artesian well which brought forth wonderful, mineral rich water. Mr. Krotz began to plan a town built around the well, a resort not unlike Hot Springs – but with cool, refreshing mineral baths, a beautiful town with boulevards and fountains. By about 1910, the water was being shipped out on the train and lots were being sold to eager settlers. Living in the area was easy, wild game everywhere and all the fish anyone could ever need right outside your door. The town grew slowly, settled by railroad workers, fishermen, hunters and trappers, and of course shopkeepers. In the year 1917, the town was officially incorporated as the Village of Krotz Springs. That feeling of growth and prosperity was short lived because the very river that sustained life could also wreak havoc on lives.

The flood of 1927 brought flood waters to Krotz Springs. There were only a few hours from the warnings that were sent out, till the water came rushing in. Families packed what they could and headed to high ground. Many were evacuated to the Opelousas area where they lived in tents, others went to family in other areas that were not flooded, and a few remained behind living on the levees in tents or on the railroad track in box cars. They experienced loss of material goods, endured long separations from family members and neighbors, and hunger – caused not from a lack of food, but from the limited ability to cook without proper stoves and a lack of firewood. They remained for the duration of the flood, while their homes sat in water almost to the rooflines. When it was over, they cleaned up, fixed up and dug in even deeper. They viewed our town as the perfect place to live and raise families.

Over the years, Mr. Krotz’s resort plan evaporated as the artesian well became part of the ever growing Atchafalaya. The river became the decisive factor in the town’s growth.

In 1973, the river began to rise as did the Mississippi, and people began to pack-up and leave. A few of the old families stayed put. They packed, ready to flee if needed in the boats they tied to the porches on their homes just in case….
Some of the men manned pumps 24/7 to keep water from building up inside the levees. The deer were everywhere trying to escape the backwater flooding as were the snakes. People fished sitting on top of the levee with their feet in the water. It was a time of learning and yearning. The community saw things it had never heard tell of like sand boils, and how a simple animal like an armadillo could destroy the levees. It was both frightening and exciting all at once. As the water receded, without flooding all of the homes(many to the south and east of the town were flooded), we all became crawfishermen, putting crawfish tails in the freezer and selling even more, because the floodwater had made them so plentiful. Those who stayed gained a deeper respect for the river and a true understanding of what “home, family, and community” really mean – some returned; some stayed away.

In 2011, the Mississippi began to rise and so did the Atchafalaya. People began to pack-up and leave. The old people said “stay put”; they felt that there would not be enough water to flood the town and the surrounding areas. Emergency levees were thrown up to protect unprotected areas. A few packed-up and waited, ready to leave if the need arose. The area was a ghost town. The danger passed and we all thanked the good Lord! People slowly began to return, but some decided to stay away. We wanted to bring our community back together, but how?

Our priest, at the time, Father Chanang Nyugent, gathered a group of us together at the rectory on a brisk October night “to visit”. We shared ​stories of past floods and how our families had survived and carried on for generations and we thanked God for sparing our physical community this time. We discussed reuniting our community, past and present, by celebrating our unique heritage which is so closely tied to the Atchafalaya River and our location in the Heart of the Basin. We wanted a festival that would celebrate who we are and bring people back home, if only for a visit, thus The Krotz Springs Sportsmen’s Heritage Festival began to come together. Our purpose was and is to unite our community, share the plethora of hunting, fishing, and sporting opportunities that abound here, share our love of cooking and music, and to share our own special brand of hospitality with others. Over the short life of our festival we have morphed into a community provider. We offer scholarships, help our school groups, help to put on the 4th of July Fireworks on the River, and of course help complete projects at our church. We hope that as the festival grows, it will bring in many visitors, allowing us to do even more for our little community. So, come and enjoy the Heart of the Atchafalaya Basin with us!! 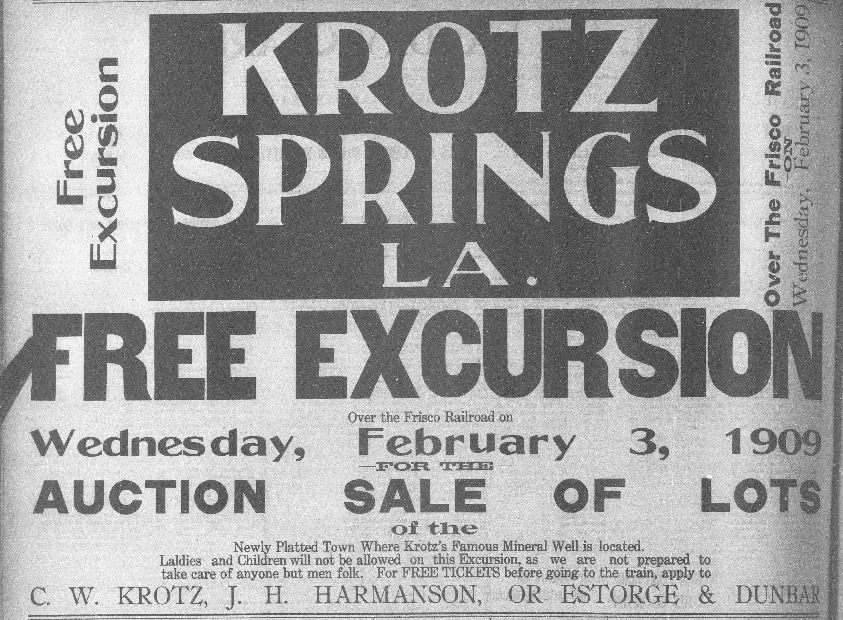 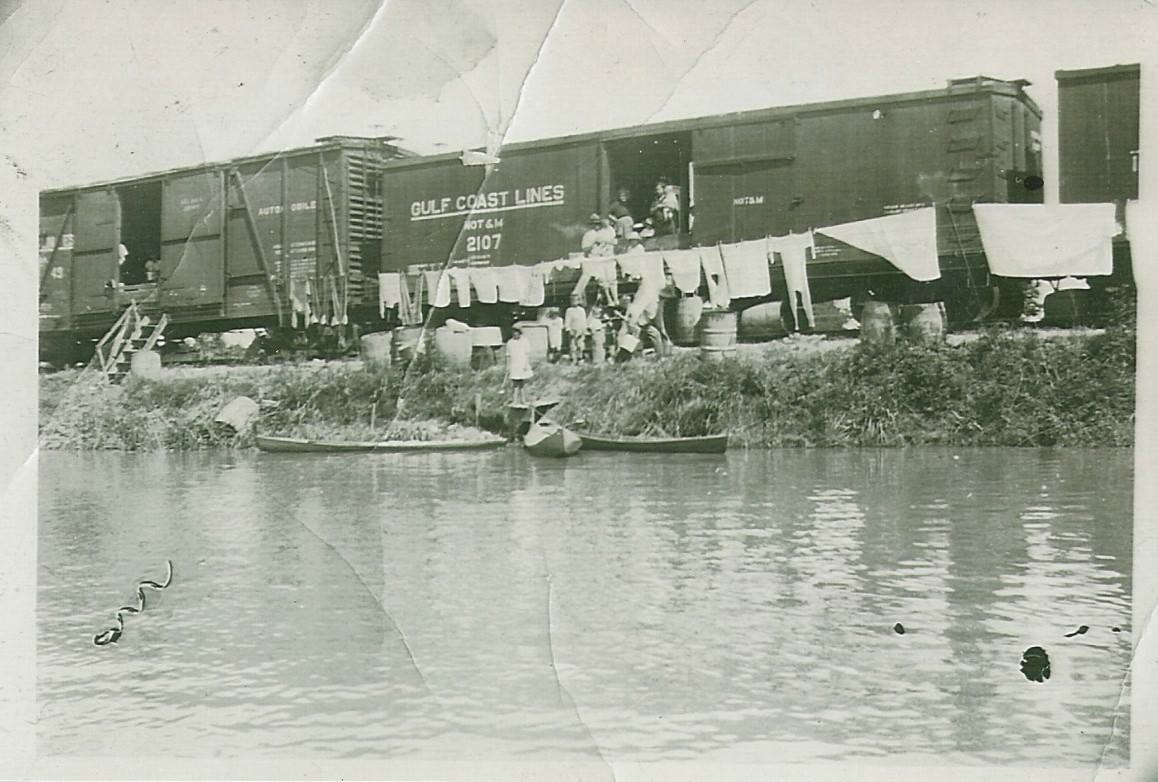 The extended Ducote-Evans family living in boxcars on the railroad track levee during the 1927 flood of the Atchafalaya River.  My father was 9yrs. old.